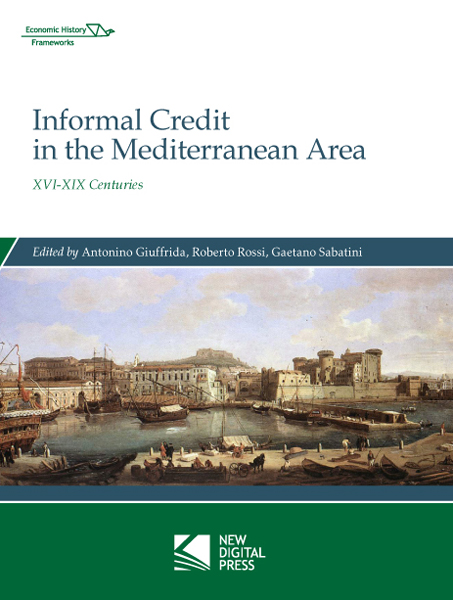 The informal credit market is nowadays an important part of the financial system of the developing countries. It plays a decisive role in channeling credit to small and poor borrowers in both urban and rural areas. It also constitutes an important source of working capital of all sizes and serves generally to ameliorate inefficiencies in the allocation of formal credit sector. The thesis is absolutely valid also during modern age. Along the whole modern age, informal credit has actually been the most widespread financial method. On the contrary, credit practiced by counters and merchants bankers, especially by means of letters of exchange, was mainly aimed at satisfying crowns, governments, municipal finances, big towns supplies needs. This is the reason why every commercial and manufacturing activity had to resort to un-institutional forms of credit, consisting in a wide range of traditional customs, law institutions and organizations, granting Europe the necessary financial basis from which to develop its own primary and secondary sectors.

Andrea Caracausi and Edoardo Demo
Financing the woollen industry during the sixteenth and seventeenth century: cases from the Republic of Venice

Benedetta Crivelli
Managing credits in commercial companies: the case of a Milanese company in the Iberian Peninsula during the sixteenth century

Marco Dotti
Credit and institutions. The activities of the Congrega Apostolica in Brescia during the Ancien Régime

Elena María García Guerra
Loan on ledges in the absence of pawnshops: the castilian case in the XVI and XVII centuries

Luca Lo Basso
The maritime loan as a form of small shipping credit (17th to 18th centuries): the case of Liguria

Daniele Palermo
Legal disputes of Monti di Pietà: the conflict over the right of Episcopal visits

Renata Sabene
Wheat supply, market and trade in Rome during the 18th century

Paola Vismara
The modern Church and the ethic of credit